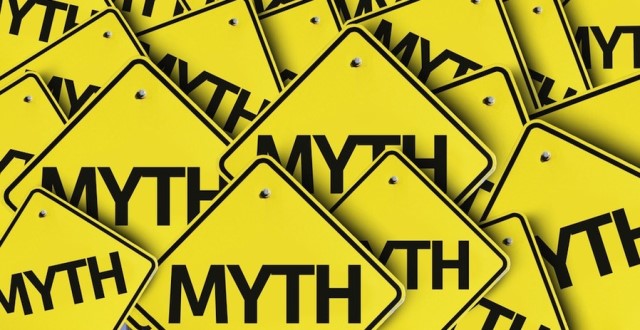 Skeptics of Momentum investing have cited these myths, which many years of research and practical implementation have debunked

Lack of Empirical Evidence: The idea is that if the momentum premium is really as large and robust as we show it to be, then it must be due to a market inefficiency and therefore it can’t be real, as the markets are obviously perfectly efficient. While we believe that risk-based efficient market explanations play an important role in all of these factors’ returns [i.e., size, value, momentum], we also believe there is a role in each, perhaps at different degrees, for behavioral explanations. Since 1927, Momentum has outperformed every major style factor: Size (3.15%), Value (4.18%), Market (7.78%), Momentum (8.55%).
Offset by High Transaction Fees: Frazzini, Israel and Moskowitz (2013) scrutinized actual trades from a well-known institutional investor from 1998 to 2013. The data contained more than a trillion dollars of transactions from 19 different equity markets. The conclusion: per dollar trading costs of an effective momentum strategy are equally as low as other strategies.
It’s Too Volatile: As with any factor, momentum does not make money all the time and occasionally suffers large losses, and historically this has been somewhat worse for stand-alone momentum than the other factors discussed here. Spring 2009 was one of those times. But, while more extreme, this isn’t unlike other factors. There is a saying at the University of Chicago, “the plural of ‘anecdote’ is not ‘data’.” Neither 2009 for momentum nor 1999 for value are indicative of the overall health and strength of these strategies.
It Doesn’t Persist Over Time: We remember 1999-2000 when investors were abandoning value investing, many with the belief that it would never work again because “the world had changed”… there is no evidence that momentum has weakened since it became well known and once many institutional investors embraced it and trading costs declined.
Source: Fact, Fiction and Momentum Investing: Moskowitz, Asness and Israel (May 2014).