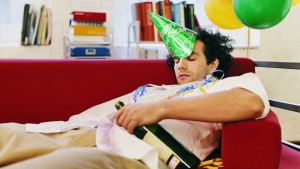 For many years investors have been accustomed to a “Santa Rally” throughout a good proportion of December and a green start to the New Year.  2016 has been different.  Very different!!  Volatility was more prevalent in the last few months of 2015 and yet we saw markets trying to rally later in December, despite the US raising interest rates and persistent worries about a whole host of factors – Chinese market valuations, an increasing oil supply glut, Middle East tensions and global central bank policy, notably the lift-off of US interest rates.
The start of 2016 for global markets has in many measures been the worst since 1932.  Investors and speculators have run for cover as the end of Chinese securities selling restrictions loomed into view, the Chinese market  started the year with trading halts, Middle East tensions have increased and carnage ensued across the world markets.
Market commentators and practitioners often talk about the fundamentals.  It is clear that there is something fundamentally wrong in some markets.  Despite this, we still see stocks hitting new highs – momentum can still be found throughout countries and sectors.  More so than for a long time, 2016 is likely to be a year of carefully picking stocks which show good, strong positive momentum, and avoiding those stocks which are showing signs of weakness.
In this report we highlight a number of stocks that are still hitting new highs (A rated by Trendrating) and highlight the importance of paying attention to momentum.
Below is a selection of stocks that are hitting new long-term highs (at least 12 months). We find that all the stocks in our sample are  “A” rated by Trendrating – (in confirmed positive momentum).  It is clear that stocks with strong positive momentum continue to outperform even in volatile markets.