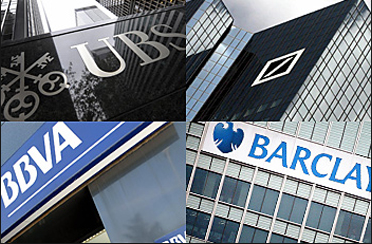 What a difference a year makes. This time last year investors were particularly bullish on European Banks as they were expected to benefit from higher bond yields, rising inflation expectations and an improving economic picture. Alas a slowdown in China and plunging oil prices have since changed this outlook. More recently, uninspiring earnings reports and negative interest rates have continued to sap investor confidence prompting them to dump stocks in this sector.
At the time of writing , The Stoxx Europe 600 Bank index is down over 27% on a YTD basis and under-performing the broader Europe Stoxx 600 index by about 12%!
Smart Momentum analytics spots negative trends early, helping to limit downside capture and protect profits. This report will utilize momentum analytics to assess the health of the sector as a whole. It will show that Trendrating Smart Momentum analytics began downgrading European Banks as early as May 2015.
Rating Distribution:
Below is the current distribution of momentum in this sector:

As we can see from the diagram, about 65% of European Banks are currently exhibiting negative momentum, creating a drag on the sector. However, about 26% of stocks are in an established upward trend (A rated).
Evolution of Ratings: 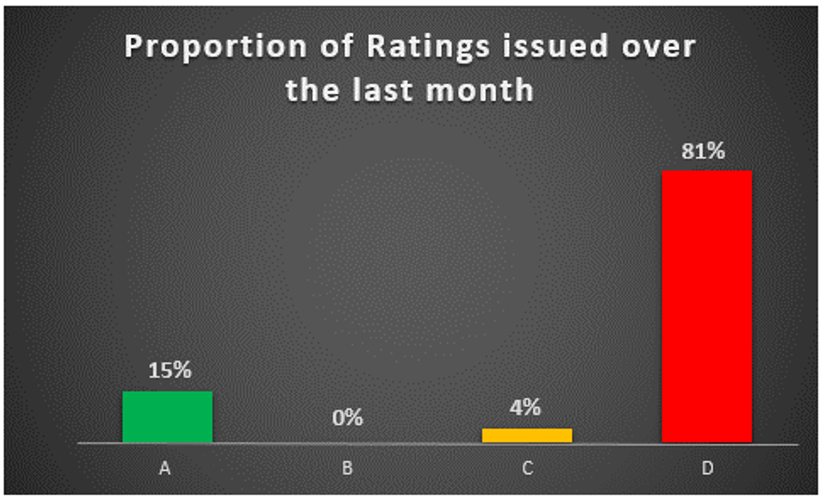 The chart above displays the Momentum Rating changes issued by Trendrating over the last month. We find that the vast majority, over 80% of issued ratings, has been for stocks entering established bear trends (D– rating).
The table below displays some of the best and worst performing European Bank stocks over the last three months.

The table above displays the three-month performance of securities in positive and negative momentum. This compares to three-month performance for the Stoxx Europe 600 index and the Stoxx Europe 600 Bank Index of -18.6% and -31% respectively. Interestingly, it shows that Italian banks seemed to have fared the worst over the last three months.
Below are example charts for some securities in negative momentum showing the timing of the ratings:

Here are a few examples of positive momentum securities that continue to deliver outstanding results:

In conclusion, European Bank stocks have underperformed the broader European market so far in 2016. Trendrating’s Smart Momentum Analytics began signalling a move to negative momentum in these stocks as early as May 2015.  Early enough to protect profits and limit downside capture in most cases. For those still interested in allocating money to this sector, the focus should be on A – Rated Securities with good fundamentals.