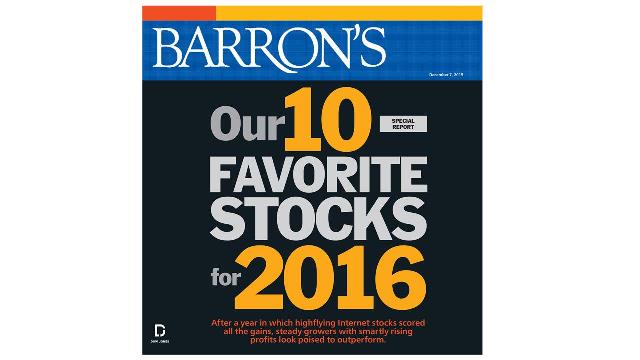 Barron’s recently released their 10 Favorite Stocks for 2016 but before looking ahead they had to lick their wounds a bit from their picks in 2015 when they admittedly “passed up momentum stocks in favor of humbly priced ones.” Their 2015 picks were down on average 7% for the year vs. the S&P 500 which closed down just under 1%.

If a portfolio manager wanted to emulate the holdings of this portfolio but swap out stocks with negative momentum ratings (C & D) for A rated stocks, here is how that could be achieved using the Trendrating Portfolio Optimization Module.  Let’s use the components of the S&P 500 as our investment universe of similar types of stocks to choose from. 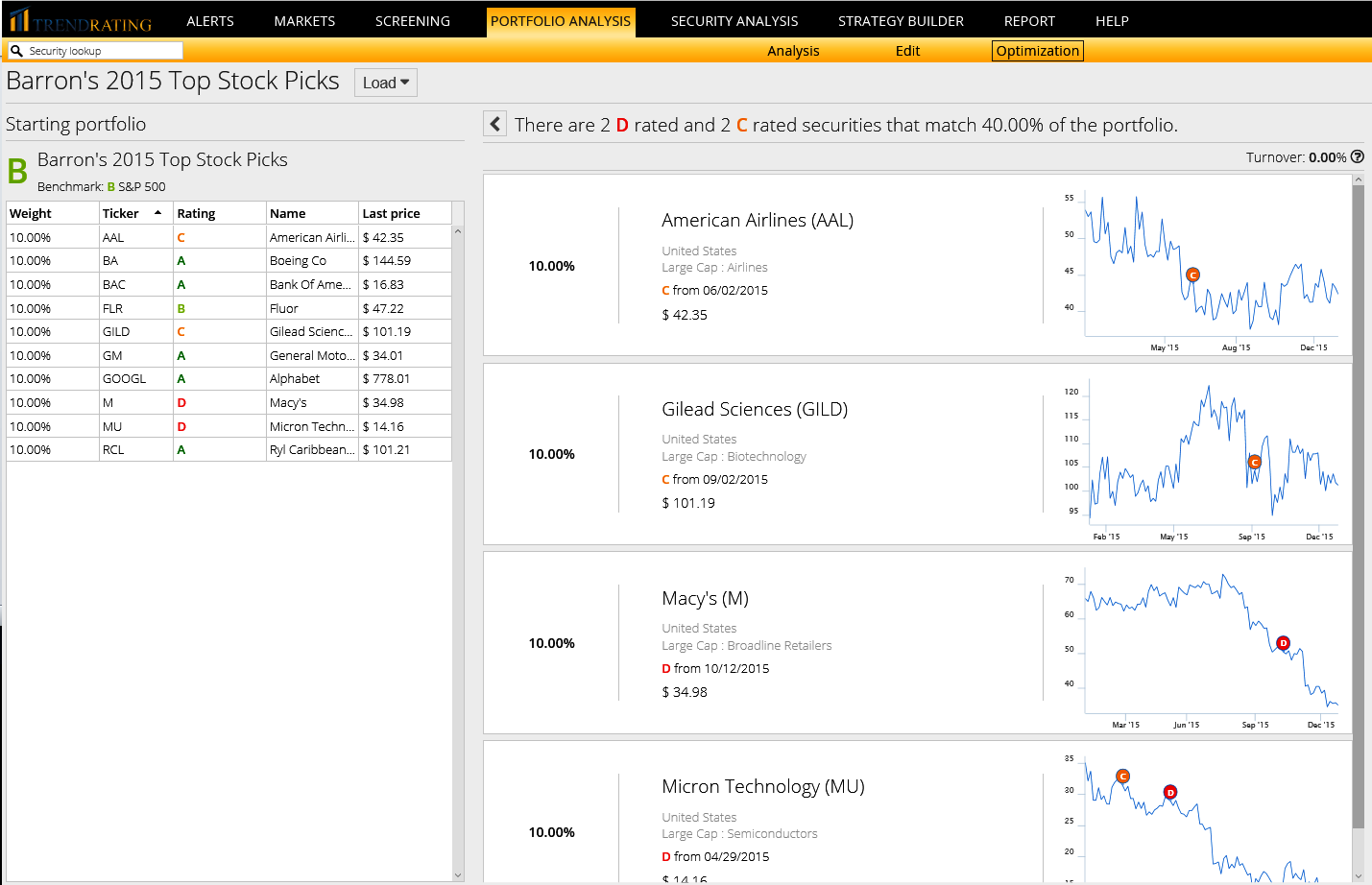 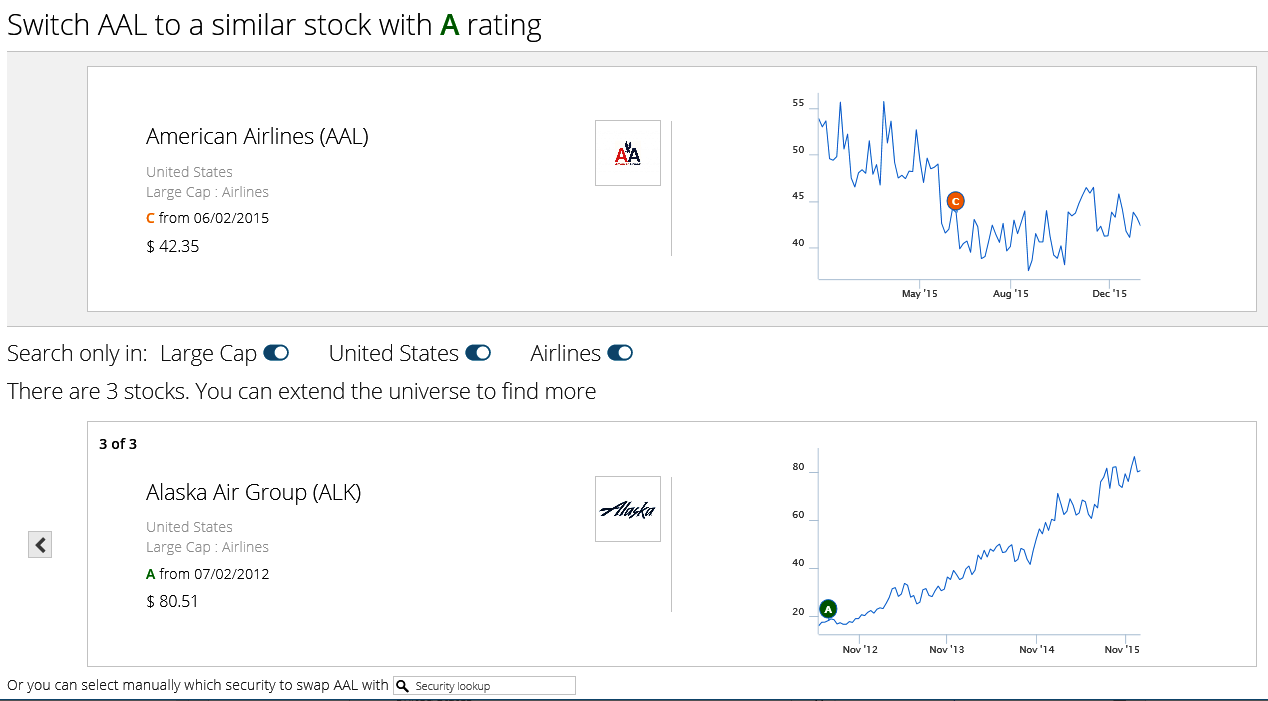 In the case of American Airlines (AAL), the Optimizer shows three “A” rated stocks with similar attributes (Large Cap, U.S., Airlines) from which to compare.  Let’s pick Alaska Airlines (ALK) to replace AAL.  Had I done this at any time during 2015 on all of the negatively rated stocks, I would have vastly improved my portfolio performance.

Below is our Optimized Barron’s Portfolio. Trendrating is not a signal trading system, there are no entry and exit recommendations.  The model is very accurate at identifying the beginning and end of trends lasting anywhere from months to years.  As you can see from the table below, four of the stocks have been rated an “A” for over a year, with Alaska Air maintaining it’s strong positive momentum since July 2012, continuing to add 34% to it’s upward move in 2015.  The 2015 performance of the stocks that the Optimizer suggested (COST, VRTX, NVDA, ALK) were up on average nearly 30% for the year vs. the original four picks (GILD, AAL, MU, M) which were 30% down on average.